Those three words, thrown around so often lately, are probably the three most hurtful words to say to someone suffering from Mental Illness.  Such a simple statement.  I am sure many think they are saying something helpful, something supportive and wise.  Most often when the word "happy" is used, no one is setting out to harm another, especially with that particular word.  But the truth is, that is exactly what is happening when it is said as a statement of fact to someone with a Mental Illness.  Those three words could actually do more harm than they ever could good. 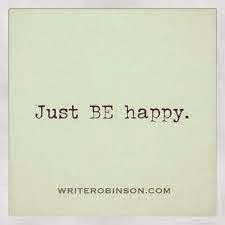 Oh okay, the capitals help.  I get it now.


People struggling with Mental Illness are often lost in unhappiness.  They cannot comprehend what happiness might feel like.  It is a completely foreign concept.  There are no memories of happiness.  It is simply not attainable, at certain times.  In some sad cases, ever. 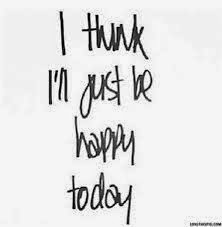 Mental Illness is a disease like any other.  Would you tell someone with Cancer to “just be cancer free”?  Would you dare?   Explain then how it would be okay to tell someone suffering from disease that hinders the ability to be happy, to “just be happy"?
Any physician, therapist or medical, would not say those words to a patient suffering with Mental Illness.  They are aware that telling a patient to not be sick, does not a healthy patient make.  That using such simple terminology with someone could actually risk their lives.  If you tell someone to just be something they cannot be, you run the risk of that person deciding life is an impossible task. 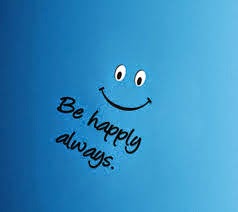 It would be no different than anyone telling someone who was gay, and struggling to come to terms with that, to “simply not be gay then” if it’s difficult for them.  It happens all the time where kids are told there is a choice in being gay.  Because they are misled this way, they struggle with accepting who they truly are, and end up taking their own lives.  “You have a choice” we tell them far too often, “and by not making this choice, you are hurting yourself”.  I wouldn’t dare tell someone who was gay to “just be straight”.  They were born this spectacular way.  I guess I am trying to express how hurtful and impossible it would be to tell someone to be anything other than, who they are. 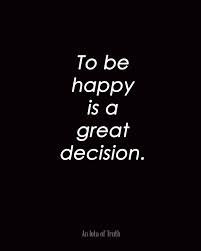 Everyday people post things on Instagram, Facebook and Twitter without much thought to the impact it might have on someone else.  I used to do it all the time.  I would blindly post things because they spoke to me, like words from the heavens. Amen. *rolls eyes*  Admittedly, sometimes I even did this knowing I was making a point directly to someone without actually having to speak to them directly.  I hoped quietly that they might take it personally.  Learn from my wise words, I’d think to myself.  Here they are, my words…just written by someone else, so I don’t have to take ownership of what I want to say to you.  And helpfully, these words have been thrown into a witty comic or deeply moving picture, generated by a computer program.  I am so wise.  I’ve heard your story, here’s a meme I found that screams, “Get over it, and yourself” No really, trust me, the ironic picture will help you take that step you need to. 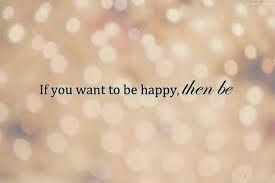 Okay, thanks.  I think I have it now.

Sometimes people post these “just be happy” life changers because they’ve struggled.  They’ve had a bad day, week, or maybe even a month.  Maybe life’s been a struggle.  They have fought their way out of a dark place.  And miraculously they now know, that had they just chosen happiness to begin with, they would never have had any difficulties in life.  I am pretty confident life would come with struggles even if you tried to wish them away with a deep thought.  I can’t say for certain, I am just guessing.  Besides all that, who would you be today had you not had struggles to overcome?  Battles to fight?  I think sometimes we conquer things in life and then we wear them like a blazoned flag of newly found confidence.  We want everyone to learn from where we came.  And that’s all great if, in the process of educating the masses, we do not simplify someone else’s life in the process. 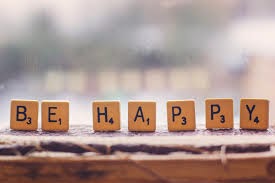 Using all 7 tiles no less!

Seriously, if happiness was a simple choice, don’t you think everyone would just choose to be happy? 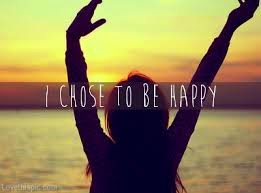 Good for you, bitch.

Oh hey, while I have you here, tell everyone to “just be smart” okay?  I tried to find a meme for this, there wasn't one.  Not one.  I guess everyone knows you can't "just be smart(er)".  What does that say about all of this?  You can chose to be happy but you cannot chose to learn more?

P.S. "Stupider" is a word.  FACT.  Usually represented as "more stupid".  Look at you learnin' from me.


Posted by Girl Ranting at 3:16 PM No comments: 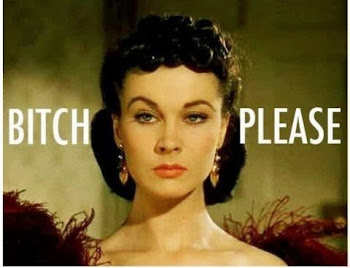 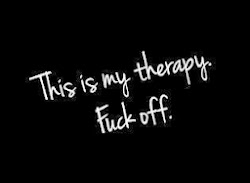 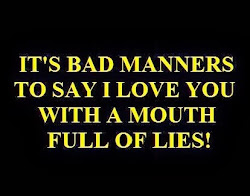